Music to feel and enjoy …..

I am Mario Sylleros, with the stage name “Dj Masyga”, I was born in Chile, and the first links with music was being part of the rock group Alter Ego as a guitarist in the 90s.

In 1997 I settled in Madrid where he started the first projects to combine music and image.

2000 – 2006 I work doing visuals and projections for events like Kenzo, Bulgari, and the House World party in Pacha Ibiza.

From that year on I began to give more importance to sound and began to work as a DJ, having my residence at the Zenith club in Madrid.

2008 My first international session at Club XIII in Moscow.

2010 My international residency began in Pacha Moscow, where that same year I made a tour of the main cities of Russia.

Between 2010 and 2013 I started a residency at Villa Mercedes Ibiza and another at Pacha Moscow, traveling monthly to DJ at the Russian club.

2014 Residence in Jacarandá Ibiza for 2 years, creating a happy atmosphere around the pool.

2015 to date I have been as resident dj and artist manager at the Aperture terrace at the Hotel Marina Playa, developing my activity as a dj and also taking charge of the selection of all the musical contents that are offered.

Besides having my pool sessions in the afternoons, once a week I do a special session called “Ethnic”, a concept that brings together electronic music from different parts of the world together with the sound of my electric guitar that intervenes at times while I DJ.

Over the years I have been acquiring experience in different musical styles, a range of options that give you tools to reach the public, being empathetic with what they want to hear.

Over the years I learn that variables with the moment, nationality, age and attitude are points that must be taken into account in order to best interpret those who receive our music. 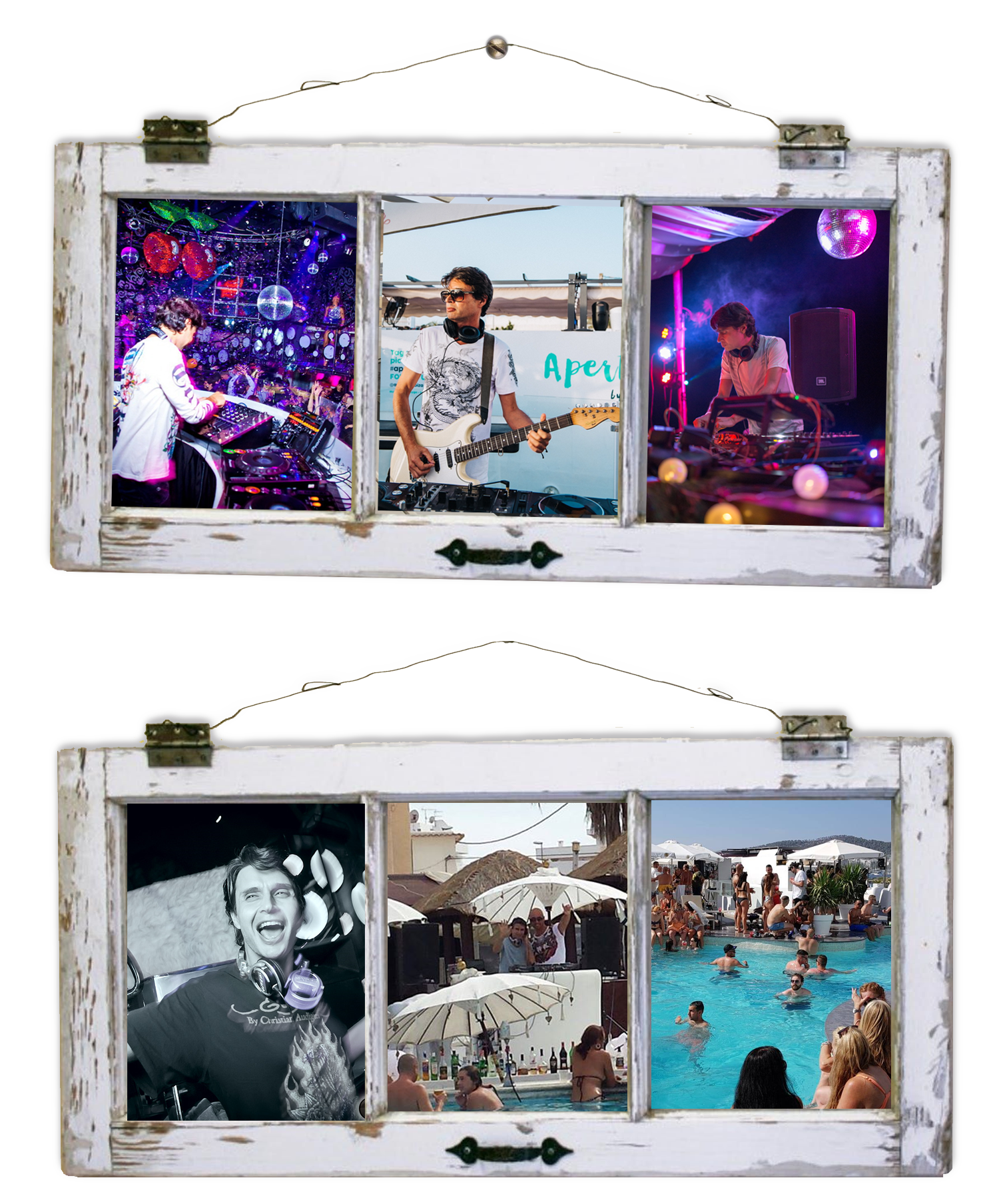